The pro hockey player and snowboarder had it all, including arrogance and a drug habit. Then he made a series of mistakes that cost him his legs but may have saved his life.

By 1994, Eric LeMarque seemed to have it all. Born in Paris, he grew up in a wealthy Los Angeles suburb, had inherited the athleticism of his Golden Gloves grandfather, quickly scaled the ranks of his chosen sport, hockey, and represented France at the 1994 Winter Olympics. Then he had to survive for eight days alone on a snowy mountain, which led to a double amputation. 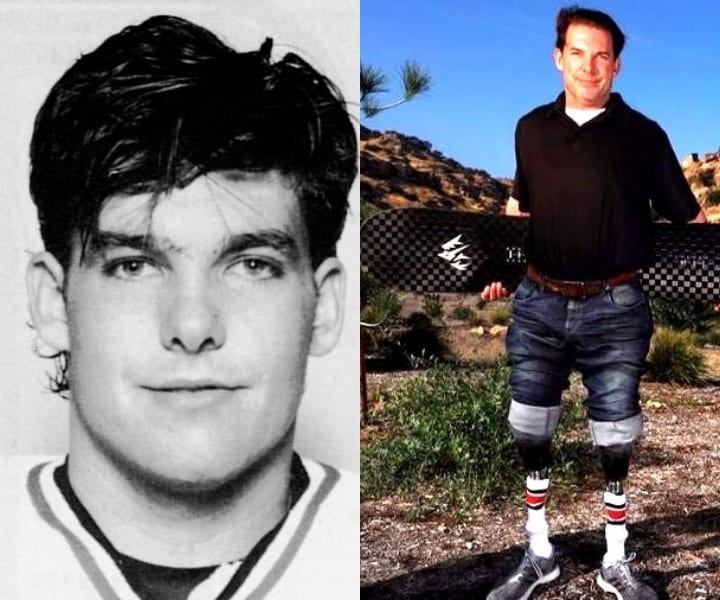 Eric LeMarque was a professional hockey player who turned to snowboarding. One day on Mammoth Mountain, he made a series of costly mistakes that changed his life forever. Photo: tiebreaker.com

As a kid, LeMarque was never drawn to the Californian beach scene like many Los Angelinos his age.  A talented hockey player, he was drafted by the Boston Bruins of the NHL at age 17. He wasn’t the biggest guy on the ice, but he was a strong skater and adroit stick handler with a powerful shot. He never quite made the NHL and spent most of his career in Europe.

“I’m not a really physical player because of my size,” LeMarque once said.

His stepdad taught him gritty determination and the ethics of hard work. LeMarque would fire 500 shots a day and skate six days a week, working hard to make it as a professional athlete.

No matter how good he was, his difficult reputation and bad habits superseded his skill level. When he became a liability to his team, he found it hard to keep contracts. Le Marque’s hockey career expired soon after the Winter Olympics.

He was left empty, searching for the next big thrill, when he stumbled upon snowboarding.

For LeMarque, snowboarding was a new source of adrenaline, with the freedom of seeing how far he could push boundaries, and his athleticism transferred seamlessly to the snow.

By now, it was 10 years since he’d played hockey for a living, and LeMarque was constantly looking for new ways to obtain a bigger high and take bigger risks. He was managing a dangerous drug addiction to crystal meth alongside his professional snowboarding career.

Then in 2004, he and a few friends decided to take a snowboarding trip to Mammoth Mountain in California’s Sierra Nevada. The trip would permanently change his life.

At 3,300m high, Mammoth Mountain has the state’s highest lift-served summit. It’s a year-round outdoor recreation resort with long winter seasons, known for some of the best skiing and snowboarding in the United States. 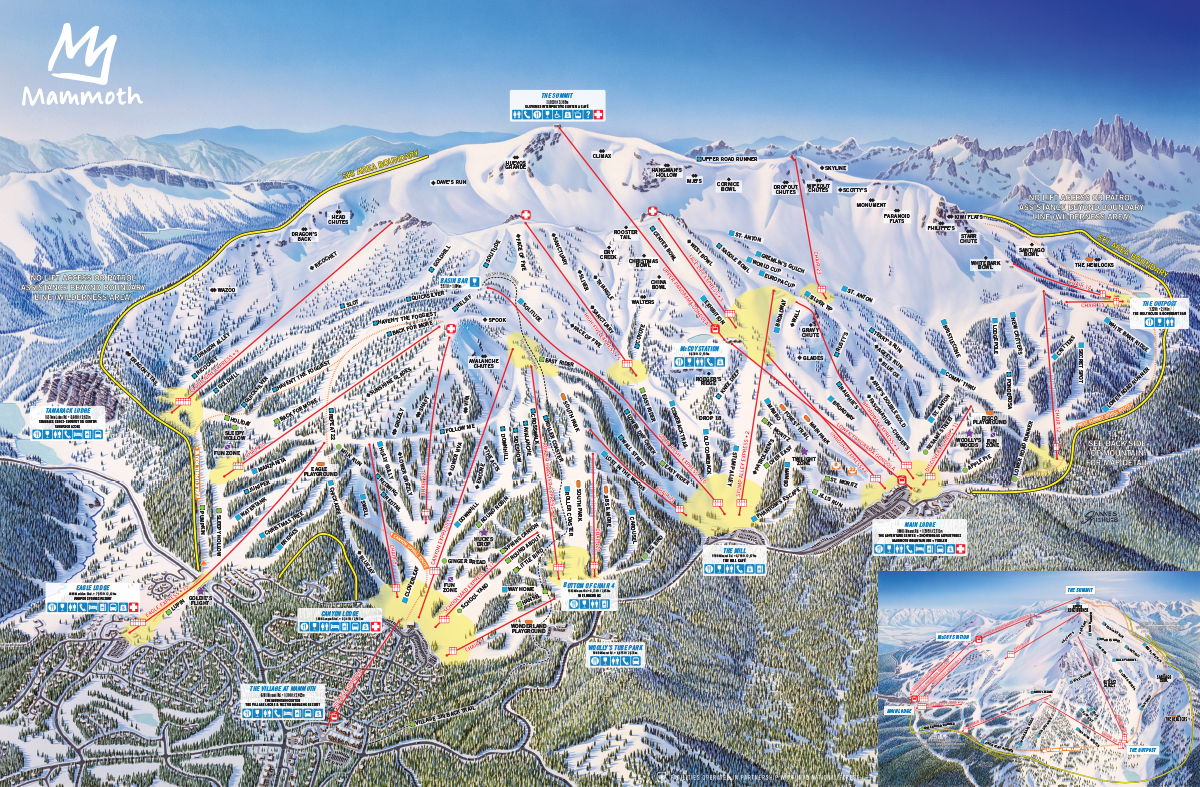 Mammoth Mountain has some of the best skiing and snowboarding in the United States, with 150 ski runs. Photo: MammothMountain

During one of their days at Mammoth, a storm was approaching and the snow patrol was clearing everyone off the mountain. While LeMarque’s friends went to the lodge for a hot tub and beer, he ignored the warnings and headed back up the chairlift for one last run.

“I made several mistakes, and the first one was the attitude that I brought up on the mountain. Even though I had ridden Mammoth hundreds of times, I kind of took it for granted…thinking, It’s just Mammoth. I know it like the back of my hand. I don’t have to listen to the ski patrol. I’m a professional snowboarder and I’m not going to be inconvenienced,” he later said.

Here was a cocky professional snowboarder who felt he knew best. In the same style he’d carried throughout his hockey career, he didn’t take orders from anybody. And he was high on meth.

LeMarque decided against the safety of a groomed trail. Instead, he ducked beneath the ropes and went off-piste down an unmarked section of the mountain, ignoring the crossed ski poles that signaled the last of the ski patrol had left.

Initially, he enjoyed gliding through the untouched powder, as the sun set and the temperature began dropping. But before long, he entered the storm, and fog limited his visibility to just three metres.

He was wearing just his shell over a T-shirt, and the wind now blasted through those thin layers, and he became noticeably cold.

Still unaware of the seriousness of his situation, he thought he was through the steepest part of the ride, and knew how to get to the bottom of the mountain. But within minutes he realized that he wasn’t where he thought he was. He was lost.

“It was like I had stepped into a different dimension,” he said. “The fun had come to a complete halt.”

He hatched a plan to hike over a ridge, find the road, and hike back to a lodge. Instead, he was stuck in a flat section, unable to ride off the remote easternmost flank of the mountain. He found himself walking in circles –- up tracks he’d already made and down slopes he’d already ridden — using critical energy in the process.

He had barely any provisions on him — two Power Bars, three sticks of bubble gum, a book of soggy matches, and an MP3 player –- and had no choice but to spend a cold night on the mountain.

When day broke on that first morning, he began trudging through four metres of snow, searching for safety.

He spotted two coyotes and — marred by poor judgment — thought they would smell his bubble gum. So he swallowed the piece in his mouth and buried the other two pieces in the snow. He was becoming delirious.

Hour after hour, LeMarque trudged the cold wilderness alone, trying to orient himself. Eventually, he heard the sound of a running stream and reasoned that if he located it, it would surely run downhill, back to civilization. But when he came to the stream he made another costly, impaired, decision.

Rather than follow along the stream from the safety of the riverbank, he hopped downstream along the rocks within the river, trying to avoid trudging through deep snow.

When he fell into the icy water, he was just moments from plunging down a 20m waterfall. Scrambling to the safety of dry land, he was now soaking wet, freezing, and at risk of hypothermia. He then removed his boots in an attempt to dry them in the sun, all the while trying not to notice the purple and black shades of his feet, clearly in the early stages of frostbite.

“I couldn’t get a boot on. I was walking in the snow with one foot in the boot, with no socks on either foot. One foot was by itself in the snow,” he recounted. “I found myself trying to walk, and falling over.”

One sensible decision he did make that second day: He still had a bag of meth with him. He wondered if he should take it or dump it. He dumped it, and that was the beginning of his recovery from that burden.

LeMarque melted snow in a small plastic bag to drink, but now he had spent four nights sleeping on the mountain, and he knew death was rapidly approaching. 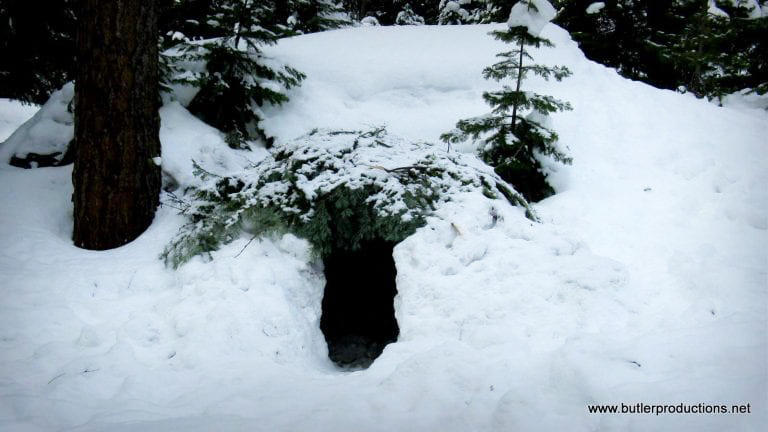 Desperate for food and shelter, he ate the dead skin off his frostbitten feet. He collected pine nuts and used his snowboard to hack bark off nearby trees.

He was rapidly losing energy but managed to build a quinzee for shelter. Then he stuffed branches and leaves into his clothes for insulation.

LeMarque had now survived six nights on the mountain, with no end in sight. His chances of survival were rapidly diminishing. He tried to alert rescuers to his whereabouts by lighting a fire with his matches and clothing, but they were too damp.

Now he was running out of ideas and turned to his MP3 player for help. When it powered on, LeMarque noticed that the signal became stronger when pointed in certain directions. In a brief moment of clarity, he realized that if he followed the signal’s strength, it would probably lead him back to Mammoth.

He was now very near the end of his life. He’d spent seven nights on the mountain without food, shelter, or water, and he was riddled with frostbite.

On his eighth day, as he contemplated death, he heard the sound of a helicopter above. LeMarque had just one thing working in his favor. The snowfall had been light during his ordeal, allowing rescuers to follow some of his tracks. When they found him, he was 20kg lighter and just hours away from death.

“It amazed everybody,” said one of the Search and Rescue team who found him. “I don’t think anybody was not surprised to find him alive.”

In disbelief, rescuers radioed to double-check his name, so certain were they that LeMarque simply couldn’t have survived.

Although he was lucky to be alive, he’d suffered irreversible damage. His legs were amputated just below the knee shortly after his rescue. He developed a near-fatal fever in the hospital from the gangrene but managed to survive that too.

His story has been written up in a book and dramatized in a film. Professional medics said he’d never snowboard again, but even with his new, mature perspective on life, he still isn’t one to let others call the shots for him. Now a father of three, he is often found on the mountain, this time sticking to marked trails.

After 22 years in the exercise industry, offset by long-haul adventures around the world, Alex Myall found a better option a few years ago and has never looked back. She took a diploma in travel journalism, backed it up with travel industry certificates, then launched Chasing Dreams Travel NZ, her own travel agency.

Now she combines her love of writing and world travel with running her business from her home on the spectacular South Coast of Wellington, New Zealand, while simultaneously being mum to a gorgeous baby girl. She maintains a “life’s too short to do things by halves” attitude.