K-pop super band, BTS, have been entertaining their fans with their global hits such as Dynamite, Life Goes On and others. But apart from that, the BTS members are also known for sporting different types of clothes and making style statements with their unique fashion. The BTS members often trend on Twitter and Weverse. But did you know how their fashion became a viral trend on TikTok? We are here to tell you. Also Read – BTS’ Dynamite vs. PSY’s Gangnam Style — which song is Korea’s biggest hit ever? Check the result here

The BTS members RM, Jin, Suga, J-Hope, Jimin, V, and Jungkook never shy away from sporting different hairstyles and accessories. From their microphones to on-stage accessories, BTS never fail to woo their fans with their quirky style statements. Also Read – John Cena credits BTS ARMY for helping him embrace his vulnerability and write his new book

In his 2017 interview with Paste Magazine, J-Hope had spoken about BTS’ fashion saying, “I dress up with colorful and brilliant [garments] to maximize the impact of performance.” He had further added, “We also wear bold accessories on stage. If you look close, you’ll notice that each in-ear wireless mic has a customized design per BTS member. Everyone has different designs.” To this, Jimin had added, “I sometimes get inspired by BTS stage [garments] and often get some styling ideas from other BTS members. It really depends on how your day goes.” Also Read – BTS’ Jin is the richest of the Bangtan boys? Check out his whopping net worth in 2021! 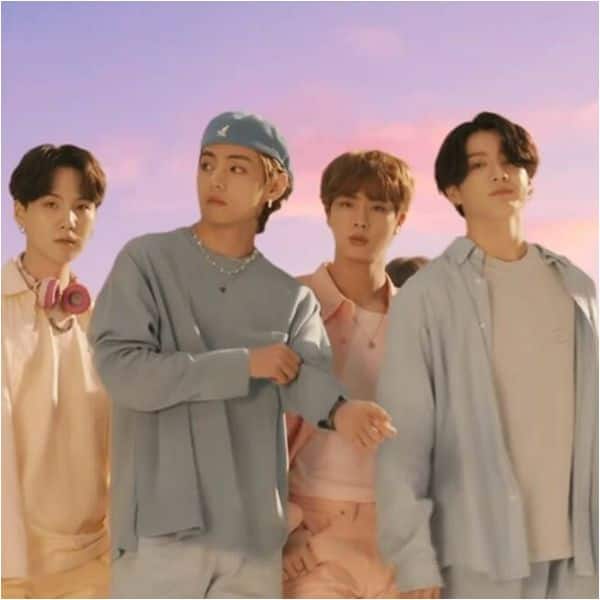 And it’s their new-age fashion that inspired the BTS Army to dress up like their favourite superstars and make videos on TikTok. The trend had fans switching between clothes of each BTS member at a time while playing one of their songs in the background. The BTS members are yet to participate in the viral TikTok trend.

Meanwhil, pop heroes BTS set the stage afire with a virtual performance of their hit single Dynamite at the 63rd Grammy Awards, which took place in Los Angeles on March 14. The septet performed Dynamite in a pre-recorded video, taking their dynamic gig from the Grammys stage to a rooftop overseeing a breathtaking night view of the South Korean Capital city.

“It’s an honour to have our stage at the Grammy Awards, coupled with the nomination along with the other amazing musicians in our category. It’s a significant moment for us. We owe everything to ARMY. We will keep going for our next goal,” the boys had said in a statement, before their performance.

This is the third consecutive year that BTS has participated at the Grammy Awards. In 2019, they first appeared as presenters for Best R&B Album, and last year the band took the stage for Old Town Road alongside Lil Nas X and other performers.