Final Fantasy IX is a classic game in more than one sense. At its release, it represented a return to the original qualities that made the Final Fantasy series a household name, after a departure into a different art aesthetic for Final Fantasy VII and Final Fantasy VIII. This return is very much reflected in the excellent character designs and their outfits.

In FFIX, the characters tend to stick with a single job class for the entire game, so the character outfits are more literal depictions of what the characters do. But all the main characters have a different look in their Trance state, often showing some truth of themselves at the height of their strength. These transformations reflect one of the main themes of FFIX, that of overcoming a destiny that is laid on you by others; being true to yourself doesn’t have to mean being someone else’s tool.

Steiner is a classic knight who places an emphasis on propriety and duty and is arguably the strongest playable character in the game. His outfit reflects his knight’s role to a T: a suit of clunky plate armor and chainmail that covers his whole body (except, for some reason, his ankles). But Steiner can’t shake the outdatedness of his costume or his role.

He comes off a bit clownish with his commitment to impractical standards of olden times, as he chases his reluctant princess around trying to force her to accept his protection. In Trance, he only becomes more himself, with a steel plate covering his face — the only part of him that is recognizably human. Steiner is a bumbling fool, but at least he is always true to himself.

Freya is a dragoon, and a Burmecian, a race of humanoids with rat-like features. As a high-minded Burmecian, she represents the ideal of the Romantic knight, traveling the realm searching for her beloved so she can rescue him.

Freya’s clothing is full of romance and patriotism, with the Burmecian coat of arms draped across her front, and her flowing pink cloak-dress. In Trance she is similar to Steiner, with a mask covering her face, and her clothing becomes hard like armor, which shows her inner steel, despite her romantic leanings.

Quina is one of the oddest and most hilarious characters in the Final Fantasy lineup. S/he (the pronoun used in the original game) is a Qu, a race of gourmands. Quina joins the party to eat his/her way across Gaia.

It makes sense then that Quina’s outfit resembles a chef, with a white hat, bib, and apron. Quina’s body shape also resembles the frogs s/he loves, and s/he sports a giant tongue hanging from a wide mouth — Quina essentially has no traits except ones that relate to food. In Trance, Quina’s body turns black and the clothes harden into armor, showing that the character is becoming not just the comic relief of the group, but also a fighter to be feared when his/her friends need help.

Eiko is a young summoner that the party encounters midway through the story. She’s feisty and independent, but also lonely and vulnerable. Eiko’s yellow jumpsuit bears some resemblance to Dagger’s, showing the summoner connection between the two.

RELATED: Which Final Fantasy 9 Character Are You Based On Your Zodiac Sign?

In Trance, she gains a lacy pattern on her sleeves that resembles the pattern on Daggers Trance tights, furthering the connection between the two young summoners. Eiko also wears wings showing her close bond with moogles.

By the time the party meets Amarant, he is a caustic loner. Originally a bodyguard, Amarant is forced to become a mercenary and wanted man when he takes the fall for a theft that Zidane committed. His nickname is, appropriately, “The Flaming Amarant” due to his hair. His giant red locks cover his face, hiding his feelings and his vulnerability.

At first, Amarant is only his reputation, reflected in his basic functional clothing that allows his hair to take center stage. In Trance he becomes nearly nude, wearing what can only be described as a thong. This reflects his character arc of finding strength in becoming vulnerable and relying on others.

Zidane is the plucky lead character of the FFIX story. He’s a member of a band of merry thieves that travel across the Mist Continent on an airship, and his character design has the swashbuckling air appropriate of a sky pirate, with his dual knife shoulder-holster, long ponytail, and romantic lace detailing.

RELATED: How To Build Zidane From Final Fantasy IX In Dungeons & Dragons

Zidane is the game’s resident lothario, but more than love, he is always looking for a place to call home. He is not a human, but a Genome — a tool created by Garland. In his Trance form, he sheds his clothes, exposing the fur covering his body. This, and the tail that he never bothers to hide, are early clues to the player that he is not human.

Vivi Ornitier is one of the most beloved characters in the entire Final Fantasy franchise. A black mage with an inferiority complex, Vivi’s costume exactly reflects his role: he wears a magician’s cloak, and a floppy wizard’s hat, and carries a magic staff.

This innocence, silliness, and magic on the surface cover up a mysterious face shrouded in shadows, with two burning bright eyes being the only visible features. This represents the depths of Vivi’s understanding of the nature of life that he acquires as a result of his quest to find out who he is. In Trance, his normally-floppy hat stands straight up, showing that Vivi’s secret strength lies in learning to believe in himself.

Princess Garnet, aka Dagger, is a classic cosplay favorite, as her clothing is not only beautiful but comfortable to wear. Dagger is described as a gentle beauty, but her true strength lies in her practicality. She is first introduced to us while attempting to get herself kidnapped, as a means of escaping the palace that has become a prison to her.

Throughout her journey, she sheds her ornamental princess status and accepts her responsibilities in a classic haircutting sequence. Her clothes are simple and effective for traveling, reflecting that the decision of who she is and how she will live her life is up to her. In her Trance state, her leggings get lacy details similar to Eiko’s, showing her connection to her past as a descendant of the Summoner tribe.

Kuja is one of the main antagonists, and, like Zidane, he is not a human, but a Genome. Arrogant, prideful, but delicate in the end, Kuja’s clothing reflects both his flair for drama and intimidation, and his vulnerability, with his bare midriff and clothing that is almost purely ornamental.

It has to be said that wearing a pair of metal underwear with a sheer cape, fabulous as it may look, is a strange choice for someone who is constantly trying to hide a tail. It’s as if he’s trying to specifically show that he’s hiding nothing, as misdirection. But sadly for Kuja, in Trance his Genome status becomes obvious, and even more pronounced, with red fur covering his body and his tail exposed. Maybe his shame makes this truth loom large in his mind since he’s even more obviously non-human than Zidane.

Of all of the Cids in the Final Fantasy series, Cid Fabool is one of the most enjoyable to encounter. The leader of Lindblum, Regent Cid is dressed in an opulence befitting his status, with an impressive swooshy mustache to boot. He is only playable as a temporary character in a short bit of the game, so has no Trance, but he does undergo a few transformations.

Cid spends most of the game as an oglop; he was cursed by his wife as a result of his infidelity (word is, he picked up a waitress in Lindblum). This transformation exposes his true nature in the same way as a Trance. Cid eventually redeems himself slowly, first to frog status, then finally back to human as he rescues his wife and she, probably, forgives him.

NEXT: Final Fantasy 9: Every Playable Character’s Ultimate Weapon (And How To Obtain Them)


Next
10 Pokemon That Never Saw The Light Of Day 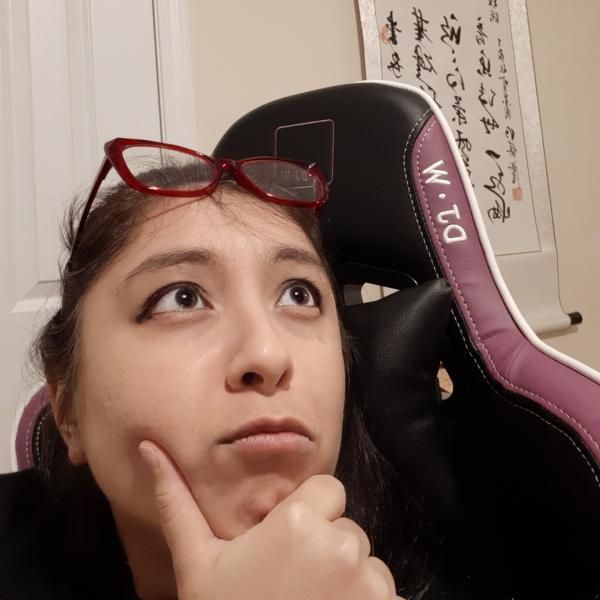 Tally is a writer, musician, and gamer based in Toronto, ON. She loves indie games, Nobuo Uematsu, and punishingly hard 2D platformers.