While doing another playthrough of Red Dead Redemption 2, players might find themselves getting bored. Perhaps they are missing the powerful weapons they had or want to have more fun. The use of cheats can help. Wagons can be spawned on mountains and the player’s wanted level can be increased, if that’s something they want, of course.

Players should be warned, using cheats will disable trophies and game saves will also be disabled. To enter the cheat menu in the game, players need to go to the settings option and press triangle or Y. A newspaper is required for certain cheats to be entered into the menu.

10 A Fool On Command

Sometimes cheats don’t have to actually help the player. By entering the code, [A FOOL ON COMMAND], players will act drunk until it is turned off. The protagonist will stagger around and lose their balance more easily, making for an entertaining sight.

There is nothing like getting in a fight and suddenly blundering around like a drunken fool. The cheat can also be used for mini-challenges, such as trying to cross a cliffside without falling off the edge. It might be simple, but it adds some humor.

Choosing what Arthur wears can be some of the most fun. Through this cheat, using the code, [VANITY. ALL IS VANITY], all outfits he can wear are unlocked for the player. Maybe this can cause more indecision from players, but there are worse problems to have.

With the number of options that become available to the player, Arthur can have a new outfit every day. The clothes can range from regional outfits to animal pelts being repurposed. The best part is that the clothes can then be mixed and matched.

8 Better Than My Dog

Sometimes a player gets too far away from their horse to whistle for it. Players get stranded without any access to transportation. With the use of the code, [BETTER THAN MY DOG], players can call for their horse at any range and have them appear.

Without the use of this cheat, players will either need to move closer to their horse or steal a random horse. Both options are annoying, with the player getting attacked by animals or players getting a bounty. Having a horse run in from far away also helps out when in a shootout with enemies.

7 Would You Be Happier As A Clown?

For some players, the normal wagons are boring to ride around in. By buying issue #73 for the Blackwater Ledger after the mission “The Landowning Classes,” players can unlock the code, [WOULD YOU BE HAPPIER AS A CLOWN?]. A circus cart becomes available for players to drive around to missions on.

The circus wagon acts like a normal wagon, it just has a fun look to it. With the giant back part, players will not be able to shoot at enemies that appear behind them. But not to worry, for what kind of villain would be in a circus wagon?

Sometimes replaying the game makes players miss when they maxed out Dead Eye. Level 5 Dead Eye allows players to see vital organs and weak spots on enemies. The head is an obvious spot, but the max level lets players know where is the most deadly area on the body.

The code, [I SEEK AND I FIND] helps in early shootouts to kill multiple enemies quicker. Who wants to go through the hassle of gunfights where someone stays alive because they were hit in a safe spot?

5 You Want Everyone To Go Away

Shooting up towns can be some serious fun in the game. The usual downside to this is gaining a bounty and having a town lock down for a while. Through the cheat, [YOU WANT EVERYONE TO GO AWAY], a player’s wanted level will be erased, and any town in lockdown will be accessible to the player again.

RELATED: Red Dead Redemption 2: Every Companion Item Request (& Where To Find Them)

Sometimes a player wants to avoid the inevitable mission in Chapter 2 and get into shootouts. Seeing how long the player can last leads to fun, but after the fun is over there is still a bounty to deal with. Why pay with money when a cheat does just as good?

4 The Lucky Be Strong Evermore

Running out of stamina can be a bit annoying. After the mission “Dear Uncle Tacitus,” players can buy the Blackwater Ledger #68 to unlock the cheat code, [THE LUCKY BE STRONG EVERMORE]. It will give Arthur unlimited stamina. Now nothing will stop the player’s stride as they explore the world.

Especially early in the game, players can get their stamina up quicker than usual. Those O’Driscoll’s won’t see it coming when Arthur comes running in and tackles them.

3 Be Greedy Only For Foresight

Much like stamina, it can get to be annoying if Dead Eye runs out. Unlike the stamina cheat, this one does not require the player to buy a newspaper. Players will unlock unlimited Dead Eye by using the cheat, [BE GREEDY ONLY FOR FORESIGHT], meaning they do not have to worry about checking the meter in combat.

There will be no more checking to see how close the Dead Eye is to being drained. One of the more annoying things about a firefight is having the crosshairs aimed at someone and then Dead Eye running out right before the player can shoot.

Sometimes heavy weaponry is just what the player needs. After completing the mission “Magicians For Sport,” players can find this code either in the Saint Denis Times #46 or the Blackwater Ledger #65. After buying one of these newspapers, players have access to weaponry not found until later in the game, thanks to the cheat, [GREED IS AMERICAN VIRTUE].

Weapons include the pump action shotgun, the bolt action rifle, the Mauser pistol, and the semi-automatic pistol. Players do not need to go to a gunsmith, as the weapons will automatically appear in their inventory.

1 Abundance Is The Dullest Desire

Having ammo is important for any outlaw to complete their mission. While ammo can be bought or looted from enemies, sometimes having a steady supply of ammo is better. After completing the mission, “Eastward Bound,” players can buy New Hanover Gazette #27 or the Blackwater Ledger #62 for the code, [ABUNDANCE IS THE DULLEST DESIRE].

Never running out of ammo is a huge benefit to any gunslinger of the Wild West. None of the enemies faced in the story will see it coming.

NEXT: Red Dead Online: The 7 Most Expensive Horses & Are They Worth It 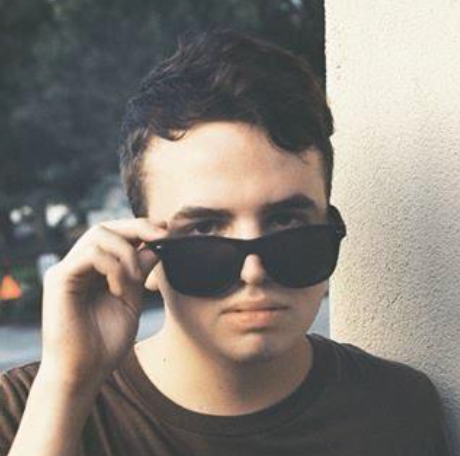 Brian Winters is a video game fan from Ocean Springs, Mississippi. He goes to The University of Southern Mississippi and works for the school paper. His favorite video game series are ‘Half-Life’, ‘Fallout’ and ‘Metro’.