Fashion as a topic is often dismissed as fluff, but it can be the quickest route to cultural understanding. I remember being struck when I moved to London from New York in the late 1990s by the dramatic sartorial contrast between each city.

Women on either side of the Atlantic were dressing for different lives. In Manhattan, perfectly blown-out hair, polished nails and a sleek Armani or Donna Karan suit were standard professional armour. In London, it was all about deconstructed jackets paired with embroidered velvet boots and hair that hadn’t seen a brush in days. The look was more creative, but also less powerful.

Parisians, by contrast, seemed beautifully stuck in a bourgeois past, with their uniform of Chanel (or Chanel-ish) suit and red lipstick. In Rome, people seemed dressed for some wonderful afternoon assignation to follow their fancy multicourse lunch.

In Dress Codes, Richard Thompson Ford’s history of the laws of fashion, we read most of what we need to know about a society through its clothes. Ford is a Stanford law professor whose love of fine suiting, crisp shirts and polished dress shoes was inspired by his father, a trained tailor. The book is the result of Ford’s failed attempt in 2009 to make the shortlist of five for Esquire magazine’s Best Dressed Real Man contest (he was number six). It was the interview about his personal style that tripped him up. “I knew intuitively why I wore what I did, but I could not explain it to save my life.”

Control of fashion sometimes morphed into fetish: is it any wonder that Victorians sexualised nun’s habits?

He has rectified this by explaining the aspirations behind style in Europe and America from the 14th century to the present day. For a long time, fashion was mostly something for elites who wanted to assert status. Hence pearls the size of hens’ eggs on a bodice, or bizarrely uncomfortable trends such as trunk hose, or particular colours and fabrics that could legally be worn only by the aristocracy. Control of fashion sometimes morphed into fetish: is it any wonder that Victorians sexualised nuns’ habits, or that earrings, worn in 15th-century Italy mainly by prostitutes, became sex symbols for the Venetian upper crust? Indeed, we are still titillated by “borrowed” dress codes today.

With the rise of Enlightenment ideals, men got to dump the balloon trousers and powdered wigs in favour of more subtle fashion — what we today might call “stealth wealth”. By the 18th century, over-the-top courtly dress gave way to reason and sobriety in style, which was actually more elitist in some ways because it was harder to achieve, being all about the nuance of a well-placed buttonhole or the perfection of a certain cut of fabric. This required education, even personal taste, which befitted the new age.

English psychologist and dress reformer John Carl Flügel described that shift as a “Great Masculine Renunciation”. Men “gave up their right to all of the brighter, gayer, more elaborate, and more varied forms of ornamentation, leaving these entirely to the use of women, and thereby making their own tailoring the most austere and ascetic of the arts”. Out with religion, ritual and ostentation in fashion. In with utility and rationality.

Not that men couldn’t still be dandies, as fashion associate professor Shaun Cole and curator Miles Lambert lay out in Dandy Style, which covers 250 years of British men’s fashion. George Bryan “Beau” Brummell certainly was, proving with his tasteful yet witty take on the country squire look that “the essential superior being was no longer a hereditary nobleman” but merely someone with just enough money and taste to express sartorial elegance and invention.

Dandy style, which is far more about creativity and individualism than power or utilitarianism, is quintessentially English. While the definition of the type has varied over time, moving from elegance to bohemianism (Oscar Wilde) to political defiance (Benjamin Disraeli), sexual experimentation (David Bowie) and even nihilism (the Sex Pistols), dandy style remains a cornerstone of British fashion. It’s all about playing with and disrupting ideas of history, class, race and gender, all while looking smart. Fashionistas will pore over the archive illustrations in Dandy Style, including many gorgeous close-ups of detailed embroidery and tailoring.

Race, gender and fashion are also pivotal in Dress Codes. Ford has several chapters that chart the evolution of African-American style, and the way in which it was employed in the struggle for equality. As he puts it, “an elegantly dressed black person was a direct challenge to a racist society because race itself was a social status determined largely by outward appearance”. Hence the use of “Sunday Best activism”, in which civil rights leaders marched in suit and tie, but also the counter-reaction to it in the form of Black Power leather jackets, black turtlenecks and lush afros à la Angela Davis.

There is still a fertile friction in this topic. Consider, for example, the debate about white appropriation of black hairstyles, some of which black people themselves were only recently allowed to wear in the workplace. For those interested in reading more about African-American history, fashion and the intersection of the two, two memoirs by African-American writers, Margo Jefferson’s Negroland and André Leon Talley’s The Chiffon Trenches, are engaging works. 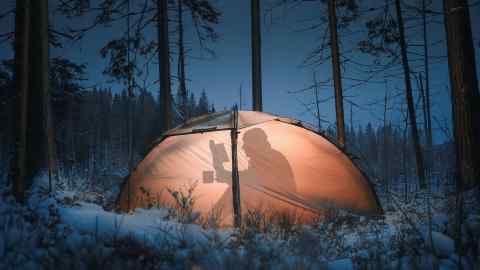 The clash of status, sex, power and personality is always where the heat is in fashion. That’s especially true for women, who had their own Great Renunciation in the 1920s with the advent of the flapper movement. Our corsets have been off for a century, and yet only recently has it become acceptable for female leaders to don sheath dresses instead of power suits in the office (or power T-shirts — witness the backlash that former Yahoo chief executive Marissa Mayer, a couture addict, took from her Silicon Valley peers for appearing in Saint Laurent stilettos in Vogue).

It will be fascinating to see what sticks, sartorially, in the post-Covid era, and what it tells us about ourselves. My own hope is that future style will involve lower heels, more stretch fabrics, and ever more fun and freedom in how we present ourselves.

Listen to our podcast, Culture Call, where FT editors and special guests discuss life and art in the time of coronavirus. Subscribe on Apple, Spotify, or wherever you listen